Located along Highway 21 in Effingham County near the South Carolina border, GITC sits roughly 15 miles north of downtown Savannah and within 10 miles of the thriving Georgia Ports Authority Garden City Terminal, the largest single-terminal container operation in the U.S. Stonemont and developer Chesterfield LLC broke ground on the park in early 2019, commencing speculative development of a 420,000-square-foot cross-dock facility and a 155,000-square-foot rear-load structure. At present, the property features approximately 1.8 million square feet of space, and additional speculative development is on the way, with delivery of two buildings totaling roughly 575,000 square feet planned for May 2020. Ultimately, GITC will offer facilities as large as nearly 1.3 million square feet, as well as a range of build-to-suit opportunities. Perhaps the central feature of the park, however, is its unique intermodal infrastructure, which is served by CSX Transportation and Norfolk Southern Railroads. Omega Construction is the general contractor for GITC. 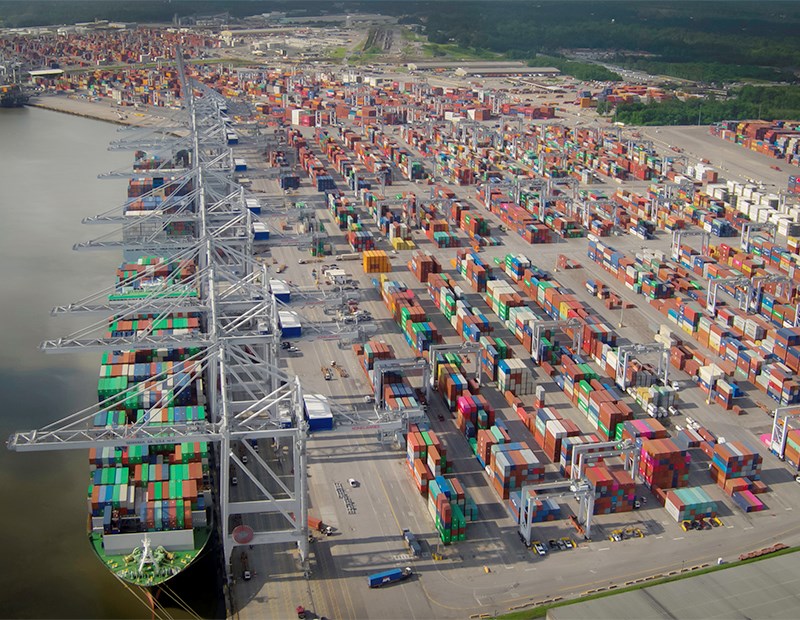 Melody Fcreck, a senior portfolio manager with Lincoln, will lead management activities at GITC, which has a bright future given that the metropolitan Savannah industrial market is thriving, with no end to success in sight. The market recorded a record-low vacancy rate of just 2.1 percent in the fourth quarter of 2019, per a report by Cushman & Wakefield | Gilbert & Ezelle, which is spearheading leasing activity at GITC. “The below-average vacancy rate can be attributed to another record-breaking year of throughput and expansion at the Georgia Ports Authority,” according to the report. “The long-term outlook for the Georgia Ports remains favorable, with the recent completion of the Panama Canal Expansion Project and approval of the Savannah Harbor Deepening Project.”

2019 marked the Savannah area’s fifth consecutive year of vacancy rates at 3 percent or below in the face of 23.4 million square feet of new deliveries since the fourth quarter of 2019. Last year, roughly 11.1 percent of new offerings hit the market, and 90 percent of that space was preleased. And more of the same is on tap in 2020. “The outlook for 2020 is very favorable thanks to the continued growth in container throughputs at the Georgia Ports Authority. Despite the additional 6.5 million square feet that will deliver by the end of 2020, market demand will continue to outpace delivery of speculative product,” according to the report. Projects underway include OmniTrax and The Broe Group’s 2,700-acre Savannah Gateway Industrial Hub, and RiverPort Commerce Park, EJF Capital and North Signal Capital’s 510-acre development in Hardeeville, S.C., just miles from the Port of Savannah.