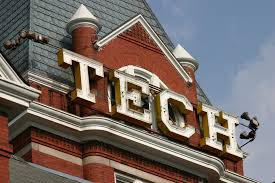 Georgia Tech is seeking developers for an 11.5-acre site where apartments, office, hotel and retail could rise in the heart of West Midtown. The school has issued an RFP for the land at 14th Street and Howell Mill Road. Tech wants to control about 50,000 square feet of loft office space at the project for startups growing out of Georgia Advanced Technology Venture incubators. 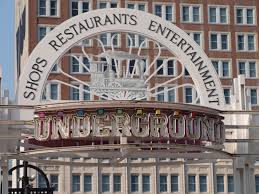 The latest on Underground Atlanta
As has been well-reported, WRS Inc. has been pursuing Underground Atlanta for four years. The company now has until the end of January 2017 to close on the sale, according to Atlanta Mayor Kasim Reed. Reed has stated publicly that the deal will either close or the city will move away from WRS, noting that Atlanta has two other firms ready with funding in place. Additionally, the boards of Invest Atlanta and MARTA will meet this month to vote on the title easement issues.

Colliers Acquires The Walker Cos.

Colliers International has acquired Atlanta-based site selection specialists The Walker Cos., a move that instantly boosts Colliers ability to compete for a greater share of the market’s largest assignments. The acquisition blends some of Atlanta’s strongest industrial brokers with Walker Cos.’ site selection software and expertise. The software that Walker developed combines commercial and proprietary data that can analyze anything from demographics to project costs.

Over the past 30 years, Walker has worked with companies such as Home Depot, AutoZone and Macy’s.

Walton Development and Management, a division of The Walton Group, is attempting to entitle more than 310 acres bounded by Fulton Industrial Boulevard to the north, Riverside Drive to the east and Campbellton Road to the south into what could be 2.2 million square feet of warehouses in six buildings. Walton is also seeking approval to add 266,000 square feet of apartments, 170,000 square feet of retail, and 108,000 square feet of office.