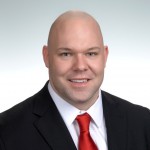 The details of the transactions are below:

“Jeff continues to perform outstanding work on behalf of his tenant and landlord clients,” said Tony Bartlett, senior vice president at Lincoln who oversees the Atlanta office. “His deep understanding of their needs combined with his extensive knowledge of the Atlanta markets will continue to serve his clients vey well.”

Henson joined Lincoln in 2013. A three-year letterman for the University of Georgia Bulldogs football team, Henson is an active volunteer for Habitat for Humanity.