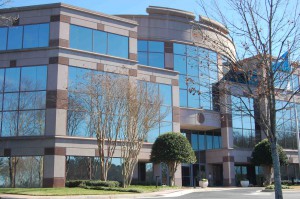 The details of the transactions are as follows:

AT&T was previously subleasing the space from Alcatel-Lucent.

• Jan-Pro Franchising International has signed a lease extension and expansion and now occupies a total of 8,555 square feet at Two Northwinds in Alpharetta. No brokers represented the tenant in this transaction.

• Insperity Support Services renewed its lease of 7,579 square feet at One Northwinds in Alpharetta. John Dolan with CB Richard Ellis represented the tenant.

“Since taking over Equity’s portfolio at the beginning of last year, Hunter and Michael have delivered a robust amount of leasing activity for this client,” said Tony Bartlett, senior vice president for Lincoln who oversees the firm’s Atlanta office. “They have done an impressive job of bringing in a whole range of tenants, and in their hands the future of this portfolio is very bright.”