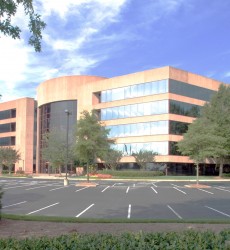 Renovations to the 391,422-square-foot building include all seven elevators being fully modified, including interior cab renovations; common area lighting throughout the building being converted to LED; new wallcovering and carpet being installed throughout the common areas of the building; and new lobby furniture being added in each of the lobbies.

New, expanded or renewed leases include:

“The renovations and leasing activity at 1117 Perimeter Center West have brought a lot of energy to what already is a Class A property in the heart of Sandy Springs,” said Lincoln’s Davis. “They also show the owner’s commitment to and investment in keeping the building current.”

The fresh new look at 1117 Perimeter Center West is just the latest upgrade to amenities that include abundant free and covered parking, 24-hour security, a café, fitness center and conference facilities, and a property surrounded by a lush garden courtyard.