Link in to Lincoln: April Update on the South

The first few months of 2015 have brought good news about the South’s employment picture. According to the federal Bureau of Labor Statistics, metro Atlanta experienced a 4.6 percent year-over-year increase in February in the number of non-farm jobs. Among the 51 largest metro areas in the U.S., only San Jose, California, had a higher percentage increase over that span. Metro Miami and Orlando also posted healthy year-over-year gains, 3.7 percent and 4.2 percent, respectively, in February.

At the same time, the South’s manufacturing sector continues to thrive. The Southeast Purchasing Managers Index came in at 58 in March. A score above 50 means the sector is growing, while one below the number indicates it’s contracting. The index has been above 50 in 14 of the past 15 months, the Federal Reserve Bank of Atlanta says.

Finally, with the regional economy gathering more and more momentum, it should come as no surprise that office real estate markets in the South have improved significantly. Metro Orlando ended the first quarter with an office vacancy rate of 11.4 percent, down more than a percentage point from second-quarter 2014. Metro Atlanta and South Florida also experienced vacancy rate decreases of nearly a percentage point over the same timeframe. 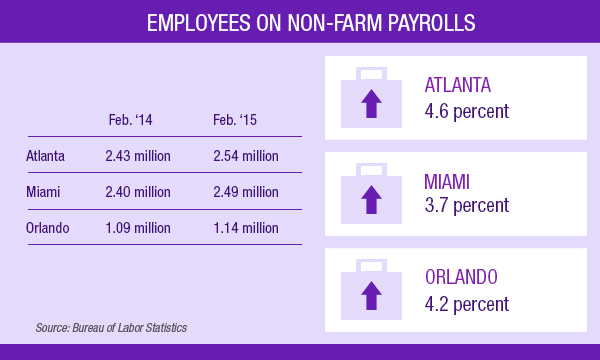 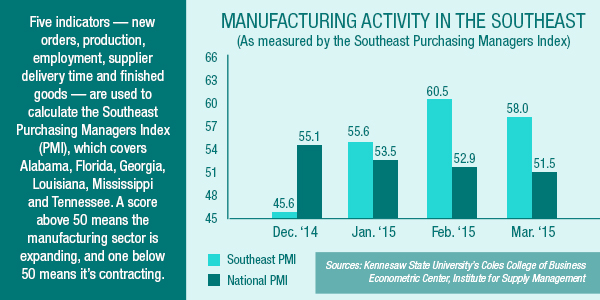 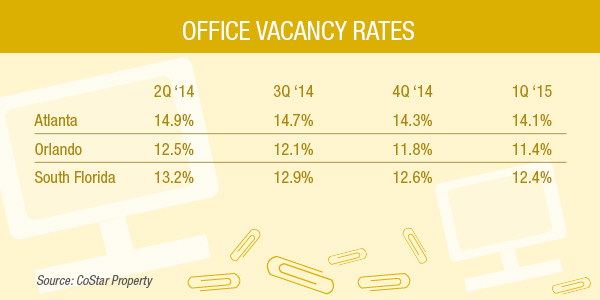