Link in to Lincoln: April Update on the South

Improving real estate fundamentals, increased manufacturing activity and a better employment situation: those are some of the positive characteristics of the South’s economy in recent months.

In March, Georgia’s unemployment rate declined for the ninth month in a row, dropping to 7.0 percent, its lowest point since September 2008. Florida’s rate inched up ever so slightly, to 6.3 percent, but context is important: March marked the first rise in the rate in three-and-a-half years.

At the same time, office vacancy rates are, for the most part, headed in the right direction. At the end of the first quarter, Atlanta’s rate stood at 14.7 percent, down from 15.9 percent nine months earlier. The vacancy rates in Orlando and South Florida also declined in the same timeframe.

Finally, the region’s manufacturing sector is surging as well. The monthly Southeast Purchasing Managers Index (PMI), which evaluates the strength of the manufacturing industry in the area covering Alabama, Florida, Georgia, Louisiana, Mississippi and Tennessee, measured 61.5 in March, its highest reading in nearly two years. A score above 50 means the sector is expanding, while one below the number indicates it’s contracting.

Add everything up, and we at Lincoln Property Company Southeast are excited about where the South’s economy is headed and what that means for the region’s commercial real estate markets. 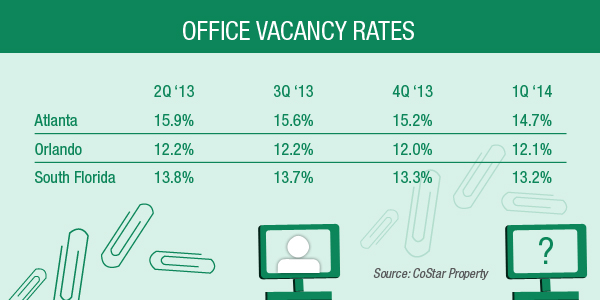 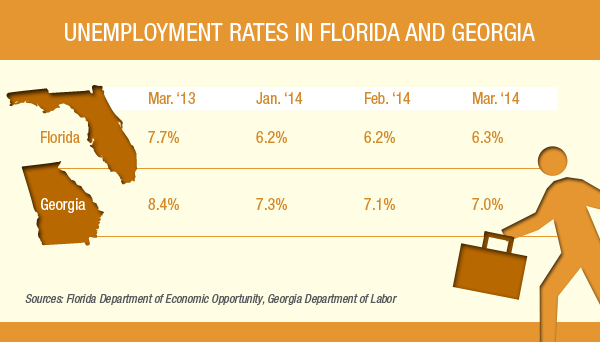 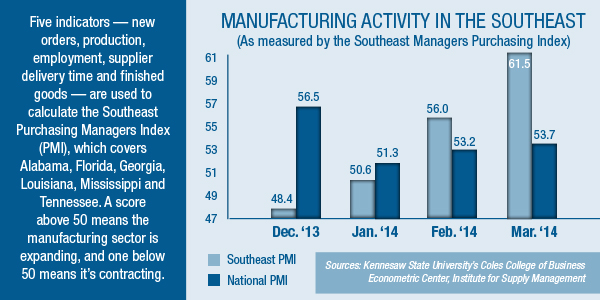