Link in to Lincoln: December Update on the South

Believe it or not, the end of 2014 is at hand. But the South’s positive economic momentum is set to charge into the new year.

Twenty percent of Southern employers say they will increase staffing levels in the first quarter of 2015, while only 4 percent indicate they will reduce employee headcount, according to a new survey from ManpowerGroup. Those numbers have remained fairly steady over recent surveys from the firm.

“As overall demand improves, we continue to see consistent, gradual strengthening in U.S. employers’ hiring plans,” said ManpowerGroup CEO Jonas Prising in a press release. “There’s a little wind at our backs, as evidenced by the broadly positive hiring plans, and we see that as boding well for 2015.”

A recent Atlanta Fed survey of those who work in commercial construction in the Southeast also presents an optimistic picture. Thirty-five percent of the respondents said their firms’ activity was “up significantly” when compared with one year earlier, while only 6 percent indicated their activity had declined.

The trends discussed above are illuminated in more detail in the infographics below. Be sure to check out all the news we’ve been making by clicking on the links on the left side of this newsletter. 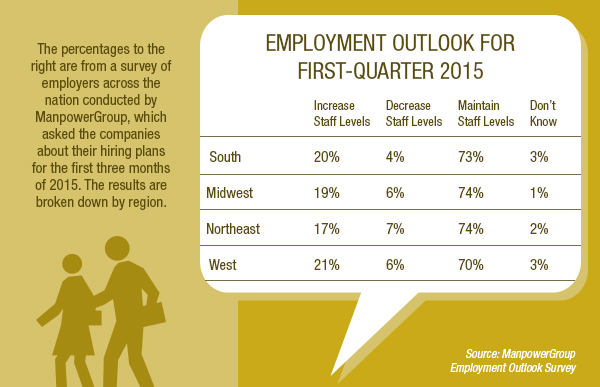 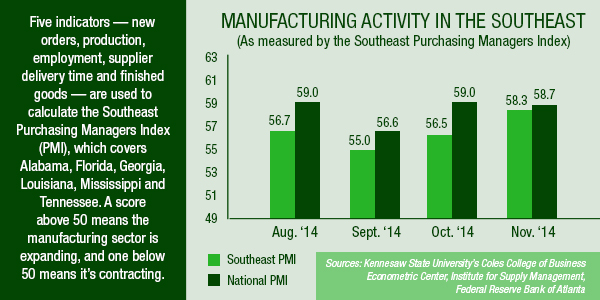 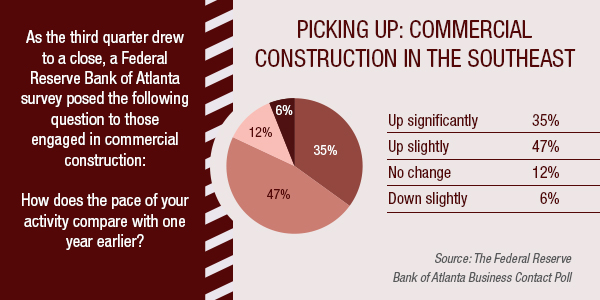