Link in to Lincoln: February Update on the South

The industrial real estate market in the South is continuing to recover. At the end of 2014, Atlanta’s industrial vacancy rate was 8.8 percent, a drop of 2.4 percentage points from one year earlier. Two of the Southeast’s other major markets – Orlando and South Florida – also experienced noticeable declines in their vacancy rates during 2014.

With industrial demand picking up in the South, it stands to reason that the manufacturing sector in the region should be busy, and the numbers do indeed bear this out. The Southeast Purchasing Managers Index (PMI) reached 55.6 in January; a score above 50 means the sector is growing, while one below indicates it’s contracting. In 2014, the index was above 50 in every month except December.

At the same time, the South also is experiencing an ongoing uptick in its housing markets. In the fourth quarter, the median price of a single-family home in the region grew by 6.2 percent, to $183,500, when compared to one year earlier. 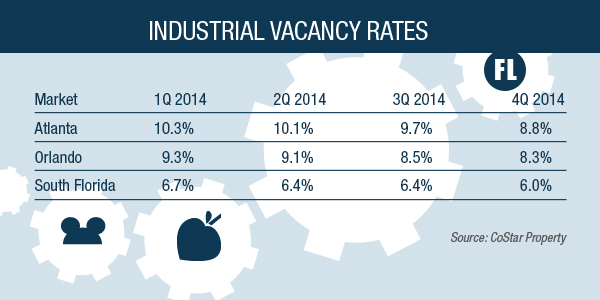 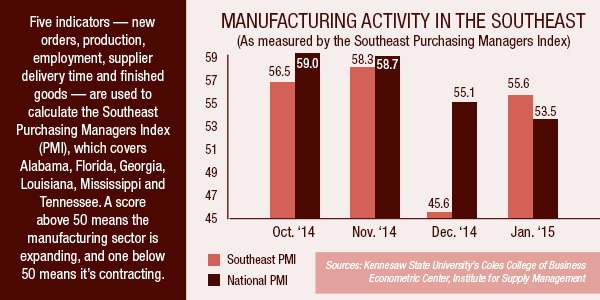 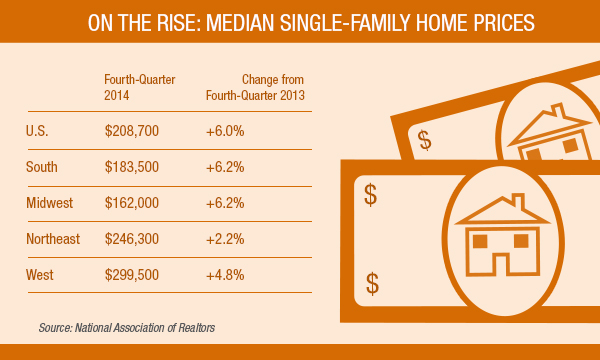