The arrival of 2015 has brought a fresh batch of positive economic data about the South.

For starters, office vacancy rates in the region continue to decline. Atlanta, Orlando and South Florida – three of the region’s most important office markets – all saw their vacancy rates drop over the course of 2014, an important indicator of increased business activity. Of the three metro areas, Orlando ended the year with the lowest vacancy rate at 11.8 percent.

Unemployment rates are shrinking as well. In Florida and Georgia, the unemployment rates dipped to 5.6 percent and 6.9 percent, respectively, in December; both numbers represented declines from the preceding month and from December 2013.

Furthermore, builders of new single-family homes, both in the South and across the country, remain confident in the health of their industry. The National Association of Home Builders/Wells Fargo Housing Market Index (HMI) reached 57 for the entire United States this month and came in at 55 for the South. A score above 50 means a majority of surveyed builders believe conditions are good. 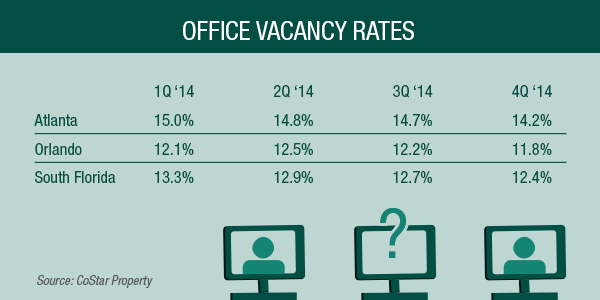 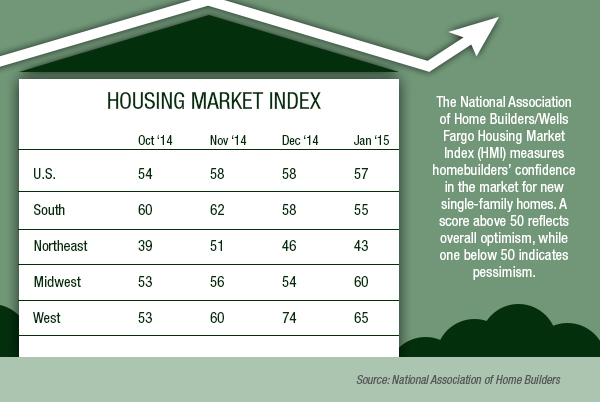 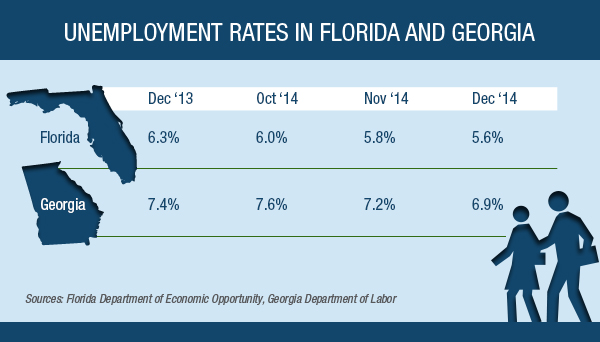