Office and industrial markets in three key markets in the Southeast – Atlanta, Miami and Orlando – continued to show steady and strong performance in 2018, with vacancy rates improving in most segments and markets.

Vacancy in Atlanta’s industrial market fell from 6.4 percent in the second quarter to 5.9 percent in the third quarter and remained constant through the fourth quarter of 2018, while vacancy in the office market fell from 14.9 percent in the third quarter to 14.7 percent in the fourth quarter. Tenants making big office moves in 2018 included the 210,000-square-foot lease signed by Thyssen Krupp at 3 Battery Avenue in the Northwest Atlanta market and the 204,211-square-foot deal signed by Insight Global at 1224 Hammond Drive in the Central Perimeter market. Among the biggest industrial transactions of 2018 was Saddle Creek moving into 1,208,301 square feet at Southwest 85 Logistics Center. 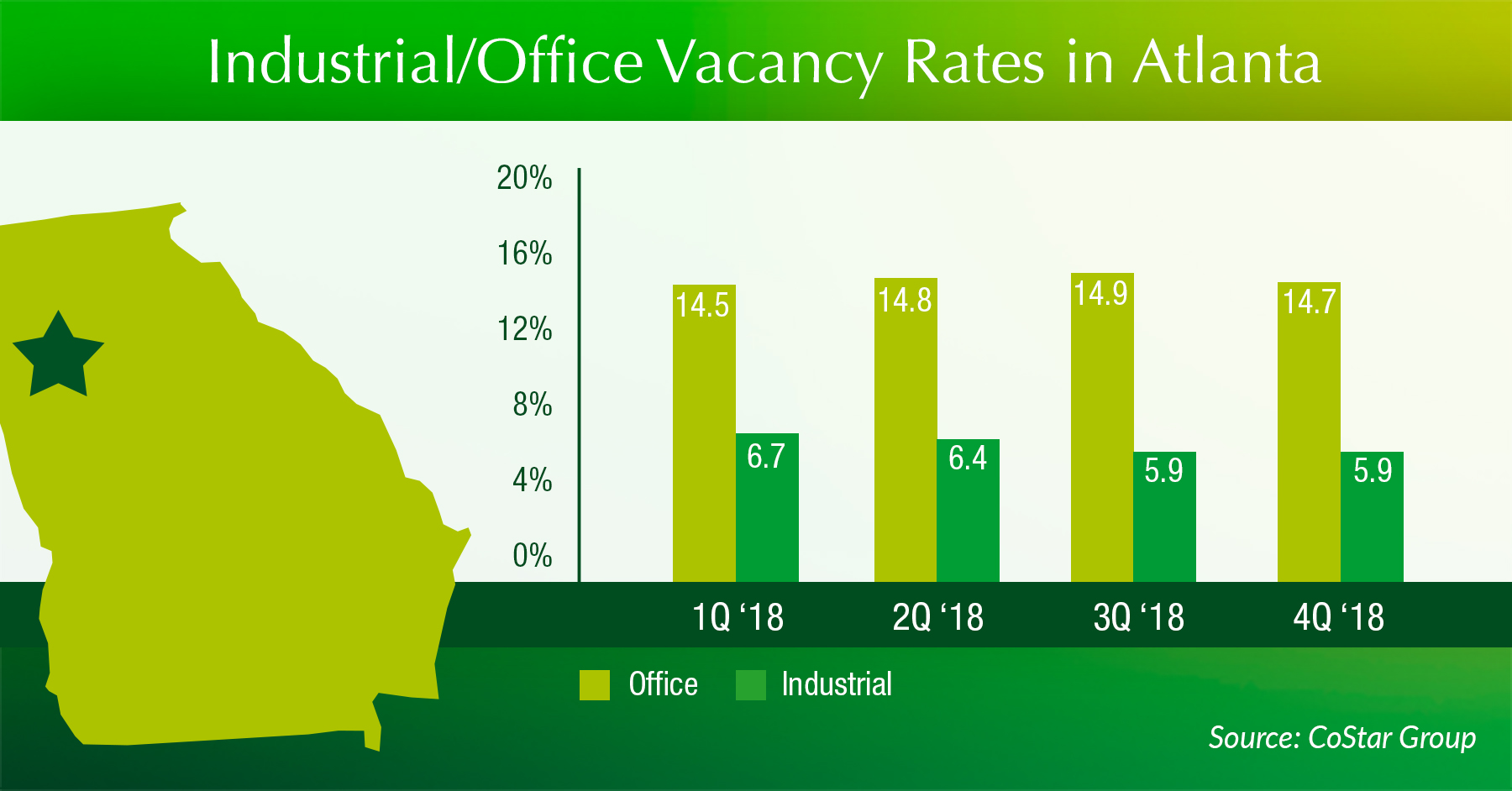 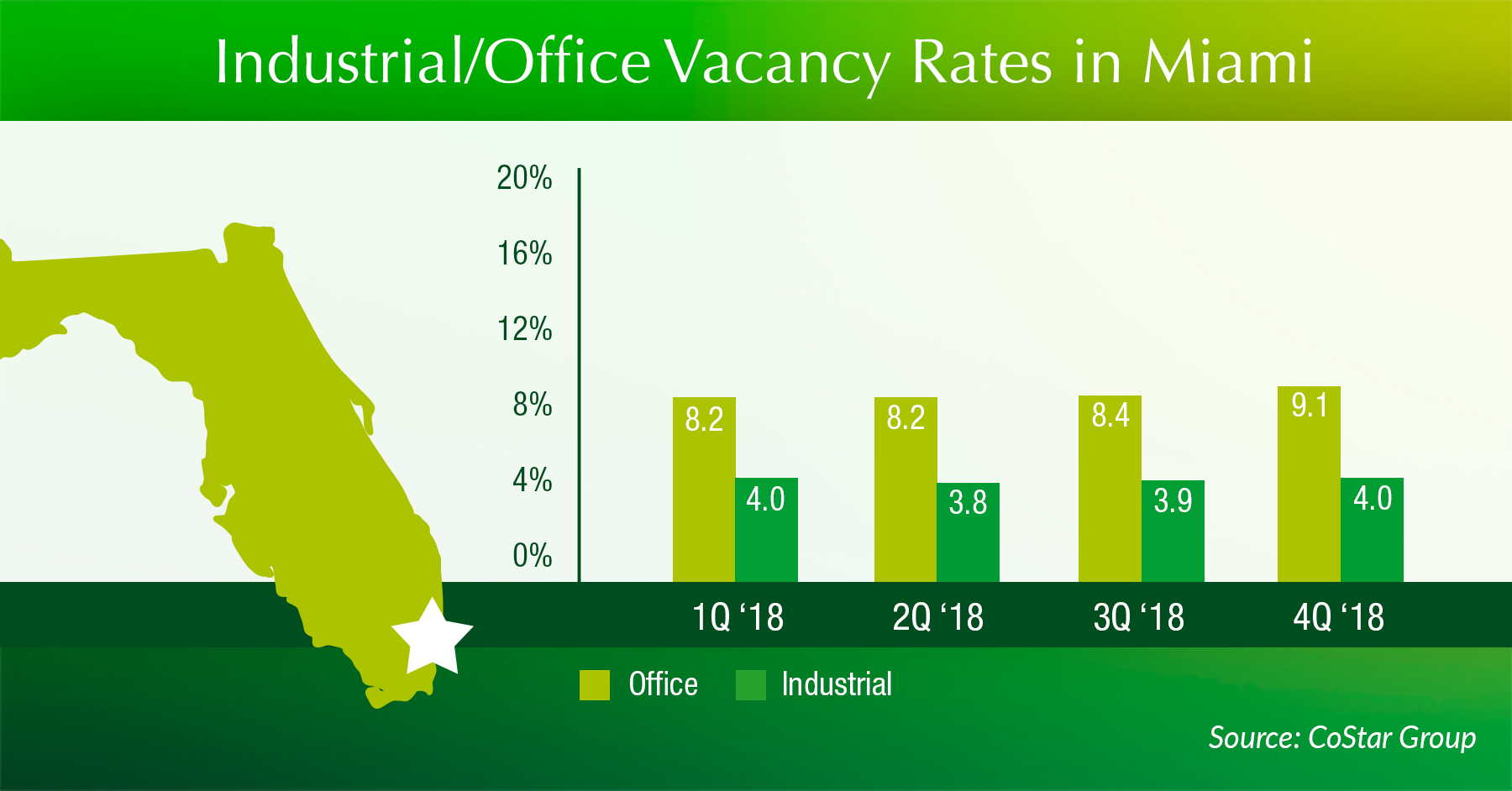 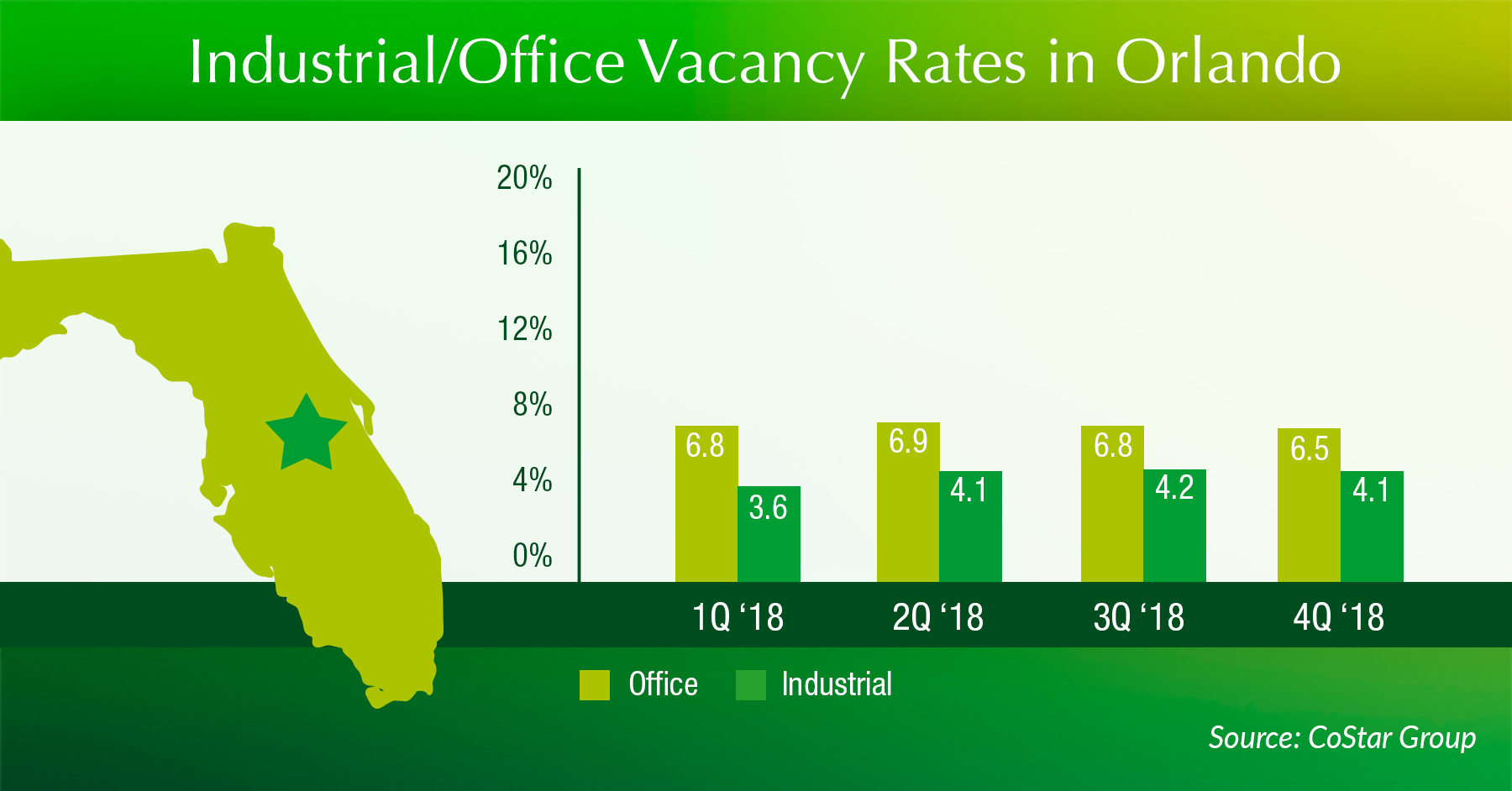