Link in to Lincoln: June Update on the South

One sign of a strengthening economy is new commercial development, and if a recent Federal Reserve Bank of Atlanta survey is any indication, construction cranes could soon be dotting Southern landscapes.

In the Atlanta Fed’s first-quarter inquiry of those involved in non-residential construction in the Southeast, 41 percent of the respondents said construction activity was “up significantly” compared with one year ago. In a similar survey conducted in 2013, only 29 percent of those interviewed gave the same response.

The apparent thawing of the construction deep-freeze joins spring manufacturing and employment data as evidence of an improving Southeastern economic picture. In Florida and Georgia, the unemployment rates dipped to 6.2 percent and 7.0 percent, respectively, in April; one year earlier, the rate in each state was well over a percentage point higher.

Additionally, the monthly Southeast Purchasing Managers Index (PMI), which evaluates the strength of the manufacturing sector in a six-state area that includes Florida and Georgia, registered a score of 59.8 in April. (A score above 50 means the sector is expanding, while one below the number indicates it’s contracting.) 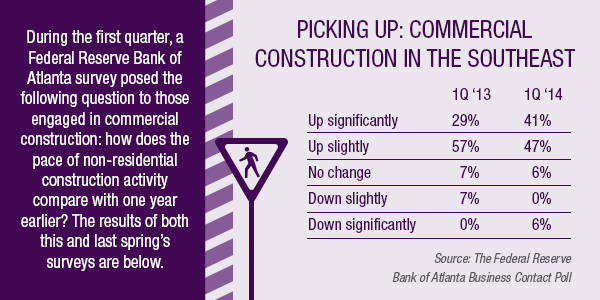 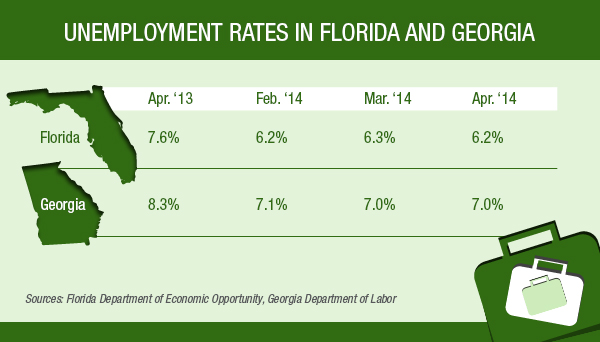 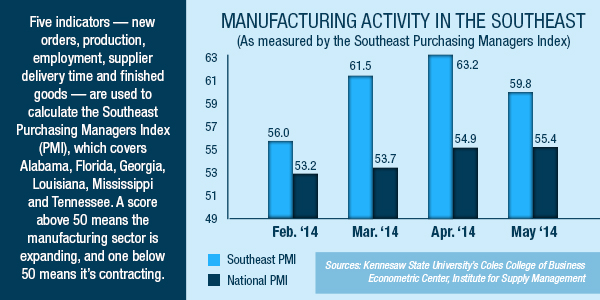