Meanwhile, the Southeast Purchasing Managers Index (PMI) topped 50 for the eighth month in a row in August. The index measures the strength of the manufacturing industry in the area covering Alabama, Florida, Georgia, Louisiana, Mississippi and Tennessee. A score above 50 means the sector is expanding, while one below 50 indicates it’s contracting.

Finally, the South continues to add jobs. Although these increases are perhaps not taking place at the pace we would prefer, total employment in the six states that make up the Sixth Federal Reserve District – Alabama, Florida, Georgia, Louisiana, Mississippi and Tennessee – has risen significantly (5.1 percent) during the recovery. For context, employment in those states dropped 8.5 percent during the Great Recession.

Generally speaking, the private sector in the Sixth District is recovering nicely, while “government is still acting as a drag on the region’s overall labor market recovery,” wrote Mike Chriszt, a vice president in the Atlanta Federal Reserve Bank’s public affairs department.

These trends are illuminated in more detail in the three infographics below. 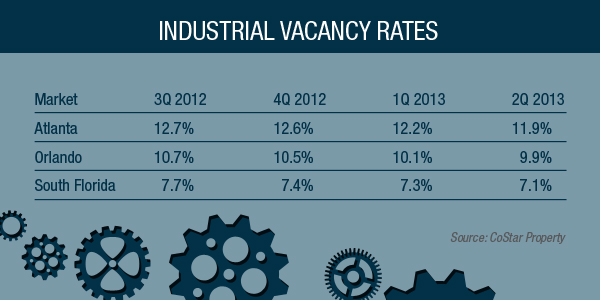 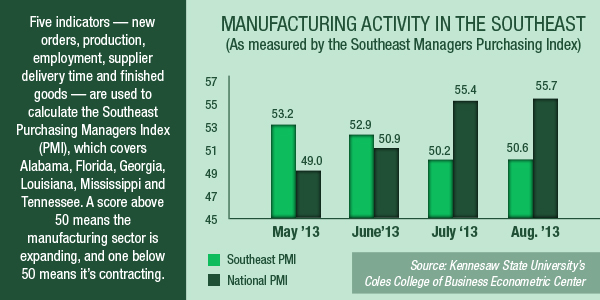 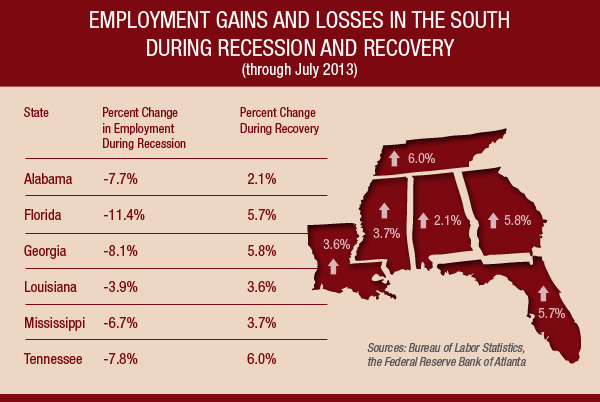