We hope your summer is off to a good start. As the year nears the mid-point, evidence continues to accumulate that both the Southern economy and the region’s commercial real estate markets are continuing their slow but steady recoveries.

For starters, the Southeast Purchasing Managers Index (PMI), which measures the strength of the manufacturing sector in the area covering Alabama, Florida, Georgia, Louisiana, Mississippi and Tennessee, continues to rise. April marked the fourth straight month the index was above 50 (a score above 50 means the sector is expanding, while one below 50 indicates it’s contracting), and the month also brought the Southeast PMI’s highest number – 55.2 – since May 2012, according to the Federal Reserve Bank of Atlanta (FRBA).

Furthermore, the industrial vacancy rates for three of the South’s largest markets – Atlanta, Orlando and South Florida – continue to drop. Atlanta’s rate stood at 12.1 percent at the end of the first quarter, and Orlando’s and South Florida’s came in at 10.1 percent and 7.3 percent, respectively, according to CoStar. All the rates represented declines of least half a percentage point from the end of second-quarter 2012.

Finally, both the national and Southern housing markets have shown noticeable improvement in recent months. Accordingly, construction jobs in the South are increasing, if somewhat slowly.

According to FRBA, five of the six states in the Sixth Federal Reserve District – which encompasses Alabama, Florida, Georgia, Louisiana, Mississippi and Tennessee – saw their number of employed construction workers rise from their various low points during the Great Recession through the end of March. Still, it’s important to keep perspective: the Southeast lost more than 500,000 construction jobs during the recession and has regained about 27,000 of them, FRBA said.

“The increase in permits for new home construction has been modest and is coming off very low levels,” wrote Mike Chriszt, a vice president in FRBA’s Public Affairs Department. “The trend is clearly in the right direction and appears to have momentum, but even stronger gains are needed if we are to see more significant increases in construction employment.”

We at Lincoln Property Company Southeast are excited about what the rest of 2013 holds for the commercial real estate markets in the South. 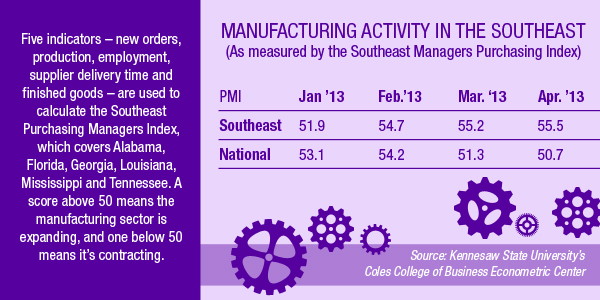 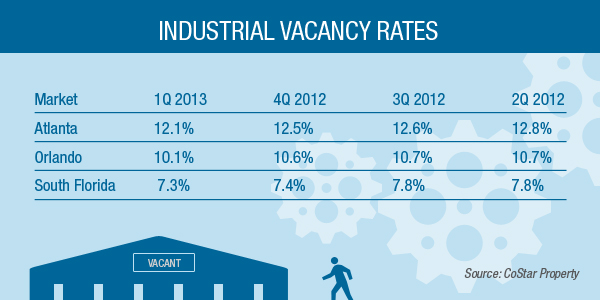 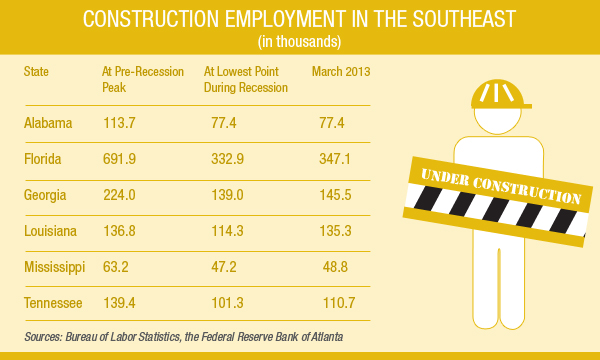