An improving home market, a long-term drop in unemployment rates and a growing manufacturing sector: this summer has brought more confirmation that the South’s economy and business conditions are improving.

To begin with, the Southeast Purchasing Managers Index (PMI), which measures the strength of the manufacturing industry in the area covering Alabama, Florida, Georgia, Louisiana, Mississippi and Tennessee, continues to show the sector is expanding. June marked the sixth straight month the index was above 50; it registered 52.9 last month (a score above 50 means the sector is expanding, while one below 50 shows it’s contracting).

Existing-home sales, both nationwide and in the South, declined slightly from May to June (1.2 percent and 1.5 percent, respectively), but both totals still were dramatically higher than in June 2012, according to the National Association of Realtors (NAR). The median existing-home sale price in the South increased 13.7 percent in June from one year earlier.

Meanwhile, for the second straight month, Florida’s unemployment rate was 7.1 percent in June. Before May, the last time the rate had been that low was September 2008.

Georgia’s unemployment rate rose for the second straight month, to 8.6 percent in June, but the state’s labor commissioner said the rise is largely due to seasonal rather than long-term trends. “The rate increased primarily because of two factors that occur this time of year,” Mark Butler said in a statement. “A large number of education workers are unemployed during the summer, and new graduates are considered unemployed until they find a job.”

Georgia’s June unemployment rate was half a percentage point lower than it was one year earlier.

We at Lincoln Property Company Southeast are excited about what the improving economy means for the commercial real estate markets in the South, and we look forward to bringing you more economic data on the region each month. 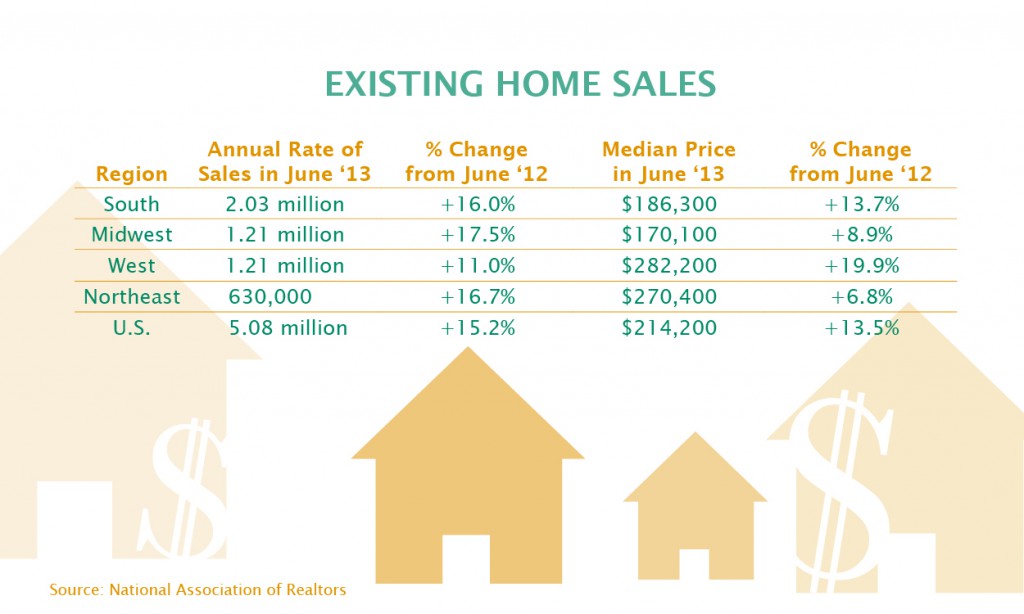 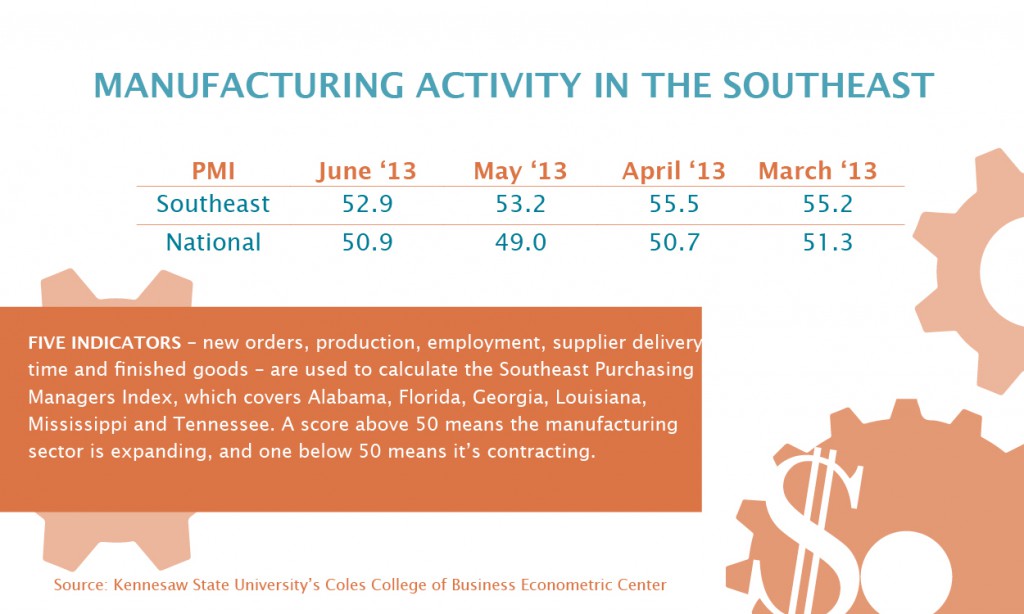 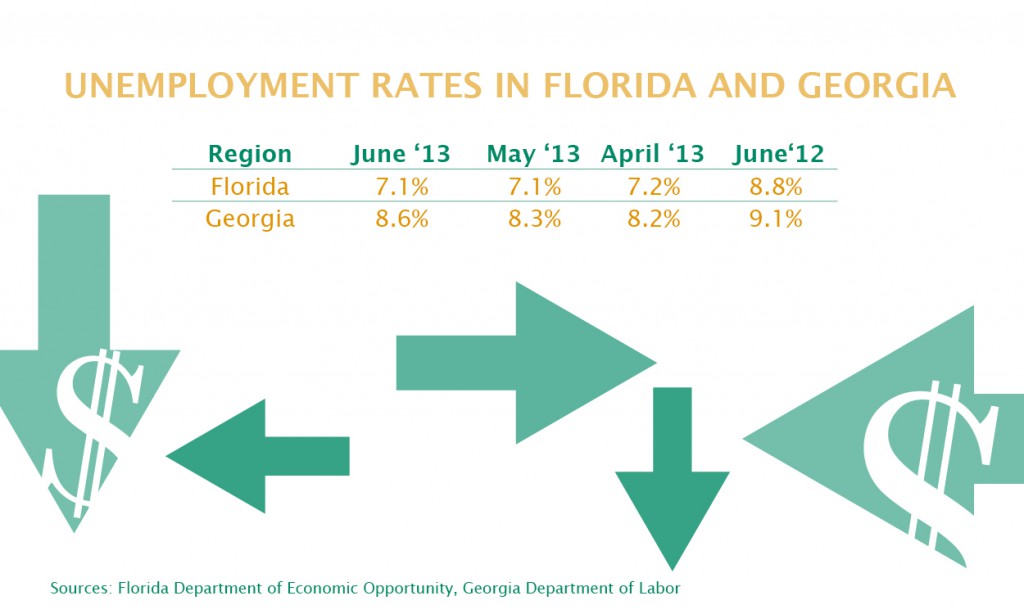