Measuring the true impact of our new sports stadiums

How much benefit can we expect to derive from our shiny new stadiums – the $1.5 billion Mercedes-Benz Stadium, future home to the Falcons and Atlanta United, and the $622 million SunTrust Park, home of the Braves? 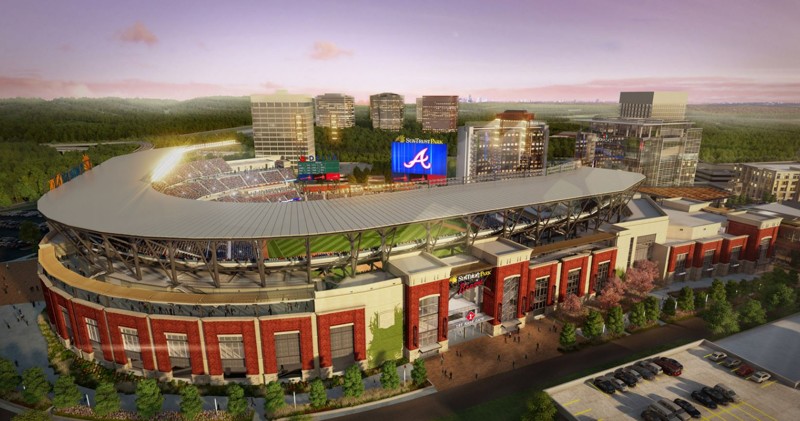 It’s a good question as construction of SunTrust Park rounds third base with the April 14 Braves home opener in view and the new football/soccer stadium rapidly moving toward completion by next fall. Some new insights are provided by Atlanta Bisnow’s Jarred Schenke and other publications.

Mercedes-Benz Stadium will have a combined direct and indirect ongoing economic impact of between $80 million and $100 million – perhaps reaching as high as $120 million “in really good years, beyond the typical annual economic impact seen at the Georgia Dome,” Bisnow reports.

Hospitality Net, meanwhile, reports “the stadium will reportedly create some 4,500 jobs over its three-year construction and generate more than $400 million in statewide economic impact.

As for SunTrust Park, the Braves organization believes both direct and indirect impacts will increase to an average of $200 million. At Turner Field, the Braves’ annual economic impact was an average of $120 million annually.

On the Braves website, the team states that “the economic benefits from the new ballpark will ripple throughout the region.”

“Beginning with the construction process, which will support more than 5,200 jobs and generate $235 million in earnings, the new ballpark will be a dynamic economic engine for Metro Atlanta.”

The economic benefits projected to accompany the new stadium include:

Any way you size it up, the numbers are impressive. Let’s play ball!